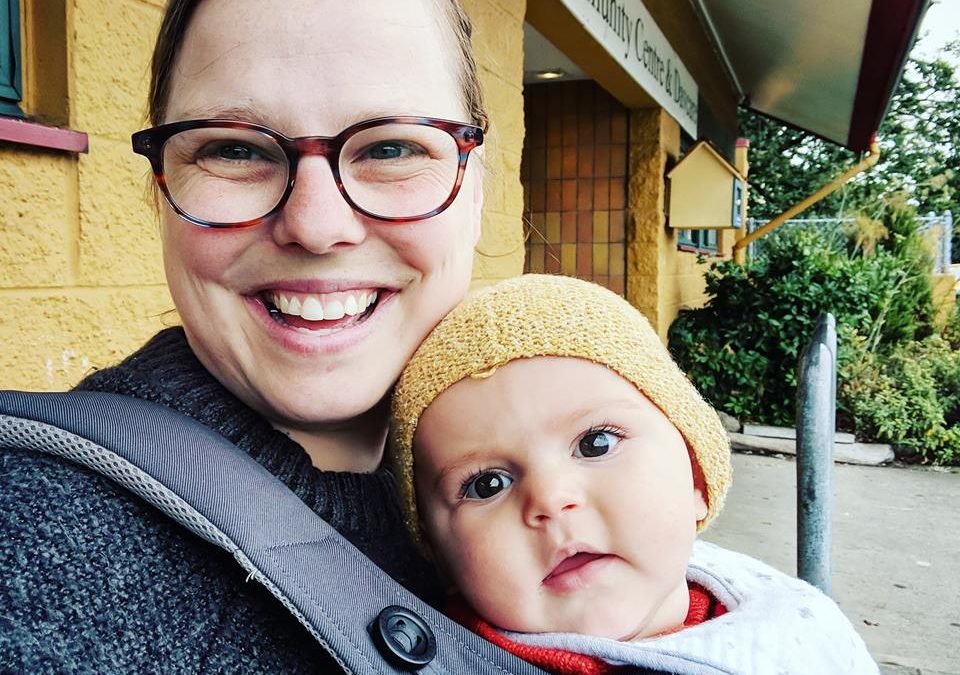 Neighbours! Meet my neighbour Alieda, her partner John, and their little guy!

This campaign has helped me connect with families across this city…. It has also helped me meet a young family whose house I can see from my front door! Meet my neighbours, Alieda, John and Cohen.  Alieda is a librarian, John is a carpenter, and little Cohen is just 7 months old!

Alieda and John live in a rental that they scored two years ago, despite being just one couple in an open-house line that went around the block. Yikes. And… wait for it… their place has no heating. Instead, they rely on space heaters in the winter. They’ve invested a lot of time and resources into their place to make it their home, but it’s an old house and it has not been kept up properly by the owner. One summer, their friend fell through the deck. Windows in some of the rooms? Broken and cracked. Why have they stayed? They love their neighbourhood, they live close to their family (critical with a new baby!), and frankly, with the vacancy rate what it is, where would they go?

Alieda knows this isn’t right. She’s been advocating hard for minimal maintenance requirements, something City Council has been recently moving on. With a housing crisis and near-zero vacancy rates, we need to require landlords to maintain the places the rent.

But there’s more to this story. The owners of the house tried to get approval from City Council for a small home in the backyard. The yard wasn’t being used, it’s large, and could easily be used to provide more housing. Alieda tells me they went back three times with adjustments and were turned down every time. Now they plan to demolish the house and build a brand-new house.

What will Alieda and John do when that time comes? Move to Halifax. Alieda will look for work with the public libraries and they’ll find a home they can afford. It will be Victoria’s loss. And Cohen’s – he’ll no longer be near his grandparents.

We can’t build a city where a family’s capacity to raise their children in the same neighbourhood they grew up in depends on one rental without heat. Let’s do better. We need more housing, more family-appropriate rentals, more opportunities to build garden suites that work for people. We need housing that is kept up by landlords and that is safe for kids.

Oh yeah, and their plan for childcare when Alieda goes back to work? John will take an unpaid leave until they find care… Yikes. Let’s get a childcare action plan off the ground! Sign the petition: https://gracelore.ca/petition/

"Making space for young families and building inclusive, vibrant communities for all."